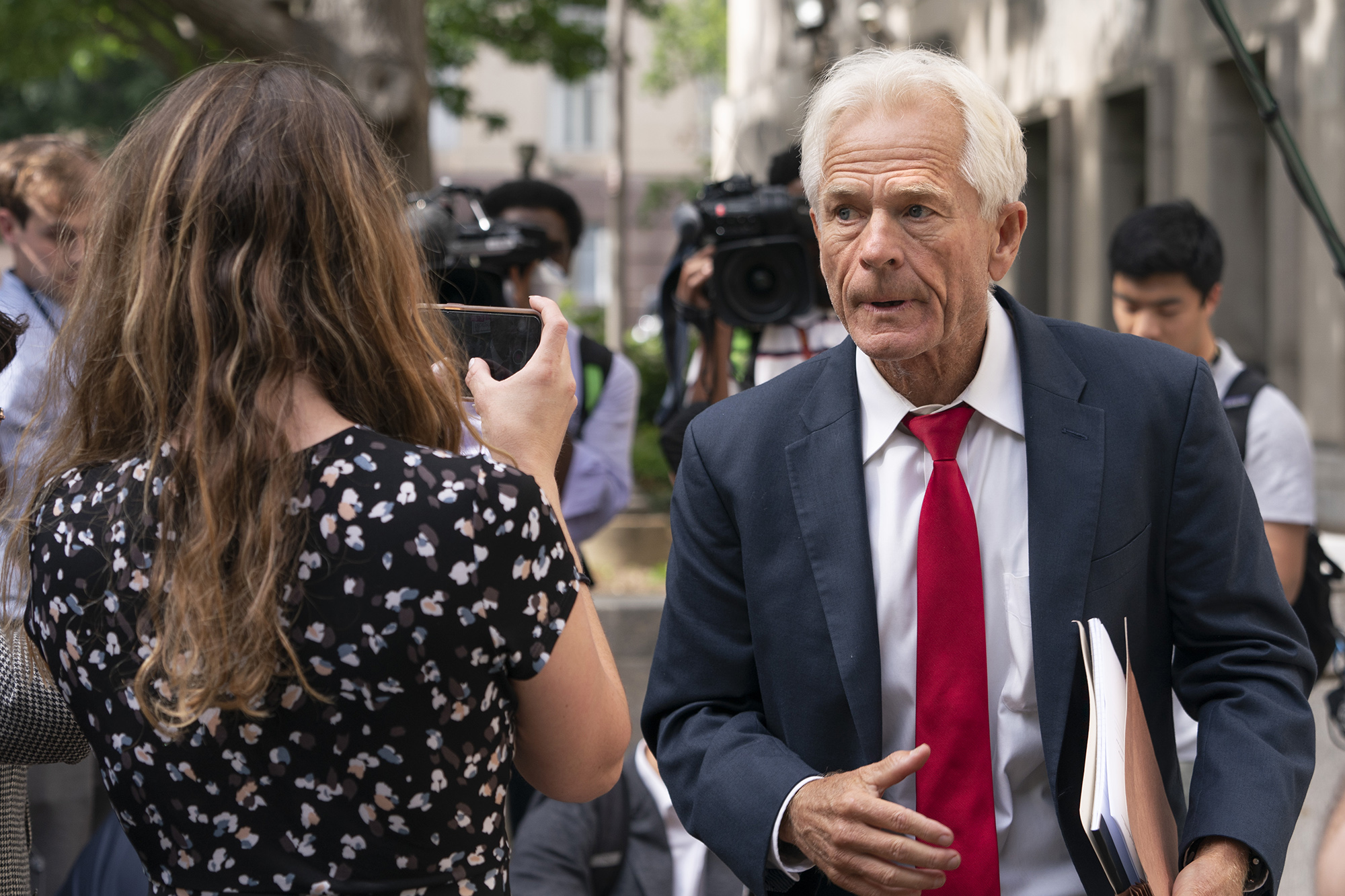 Former Trump trade advisor Peter Navarro was cuffed and dragged into custody Friday. For no reason: the 72-year-old said he would have voluntarily surrendered over his contempt of Congress charges relating to his refusal to work with the Jan. 6 Committee and noted he was given no warning that he was going to be arrested.

The man has no history of violence and zero flight risk. And the judge in his case released him on his own recognizance — an admission that no one really thinks Navarro is going anywhere. Defendants in similar situations are nearly always given the opportunity to surrender.

Instead the feds pulled Navarro off a plane at a Nashville airport as he was off to a TV appearance.

This is pure, ugly politics. The Justice Department and the Jan. 6 committee are coming down hard on Navarro for being a Donald Trump ally, nothing else. It’s a naked effort to drum up publicity, outrage and media interest for next week’s hearings over just how involved the ex-prez and various other officials were with the Capitol riots.

Making a show of force against an aging trade expert as though he were a fleeing drug kingpin doesn’t serve justice.

It only serves the nakedly partisan aims of the Democrats who control Congress and the Justice Department.

The trillions in COVID relief money led to billions in fraud

Why New Yorkers shouldn’t panic over the SCOTUS gun decision

Why You Shouldn’t Wait to Make a Home Inventory

Russian ruble is the best-performing currency of 2022 despite sanctions