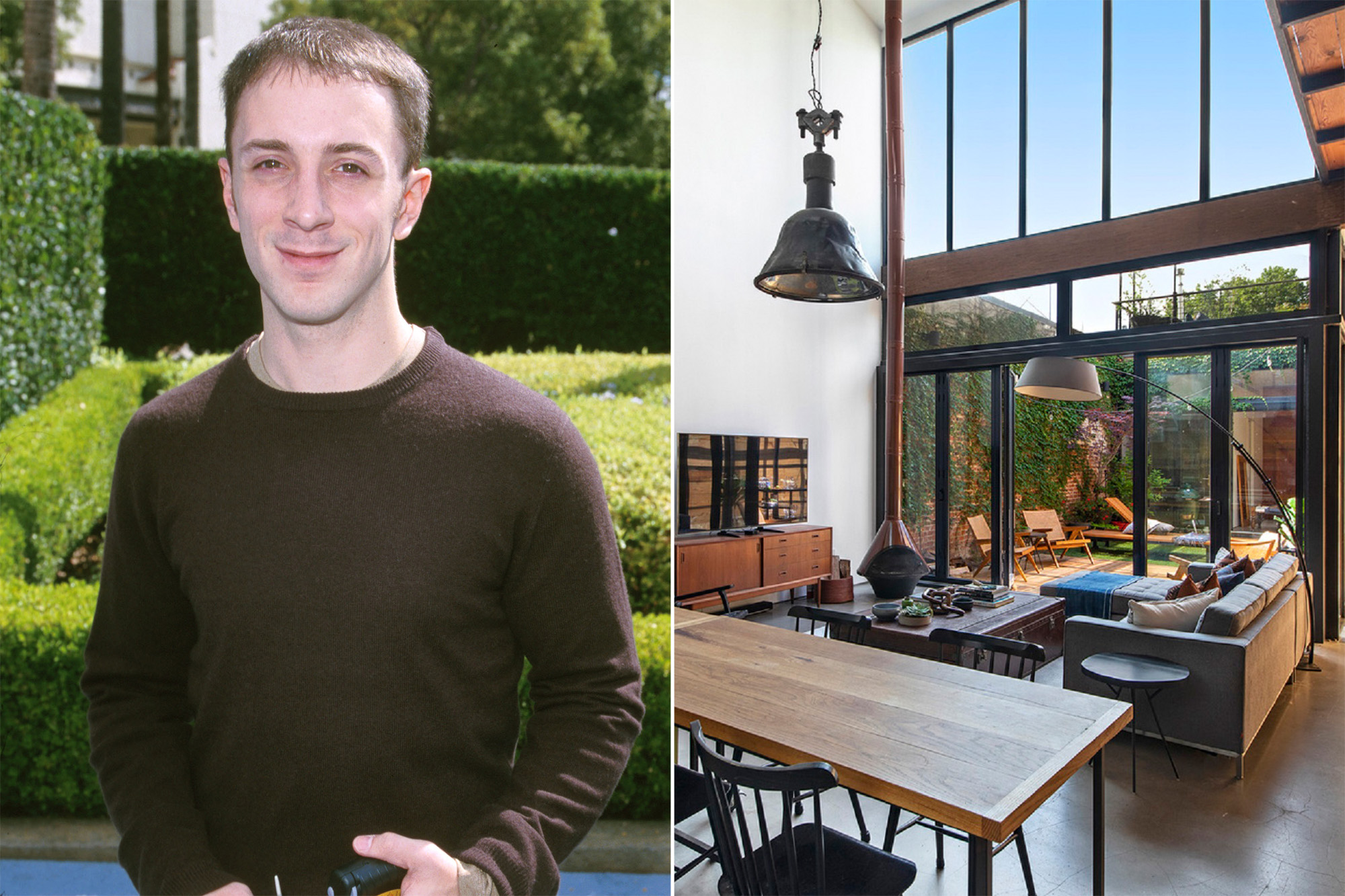 Actor/musician Steve Burns is best known as the TV host of “Blue’s Clues,” a popular kid show from the 90s and early aughts. Now, Burns has listed his killer digs in Williamsburg for $3.35 million. (He bought the two-story home, a converted garage, for $770,000 in 2007.)

The two-bedroom, 2½-bathroom home at 19 Powers St. was transformed into a modern beauty with a glass-sided interior courtyard by architect Eric Liftin of MESH Architectures.

At 2,180 square feet, the home features an 87-foot hallway that opens to grand, 28-foot-tall ceilings in the living and dining rooms, and in the open chef’s kitchen.

Outdoor spaces include an ironwood deck from salvaged Coney Island boardwalk material, a catwalk from the front to the rear roof decks and a brick wall draped in ivy that was part of the original garage.

Other details include wooden roof beams converted to cover some of the walls, and radiant heated poured-concrete floors.

There’s also a private garage with storage and a curb cut. New York Magazine featured it 10 years ago as “one of the coolest abodes in the city” and then again in 2011 when Burns built an igloo in the courtyard, and joked that he wanted to list it. (“Charming alcove studio, steps from L train. Cutting-edge green construction, locally sourced material, a MUST SEE! $1,100/month.”)

Burns tells Gimme he has been living mostly in the Catskills for the past four years — writing, directing and producing for the reboot of “Blue’s Clues & You” and writing music for television — including the theme song for “Young Sheldon.”

“But I have my eye on the West Village and Greenpoint for a small footprint to hold onto in the city,” he says.

The listing brokers are Corcoran’s Jason Miller and Jonathan Schulz.

‘The Undoing’ beach house up for grabs on Airbnb