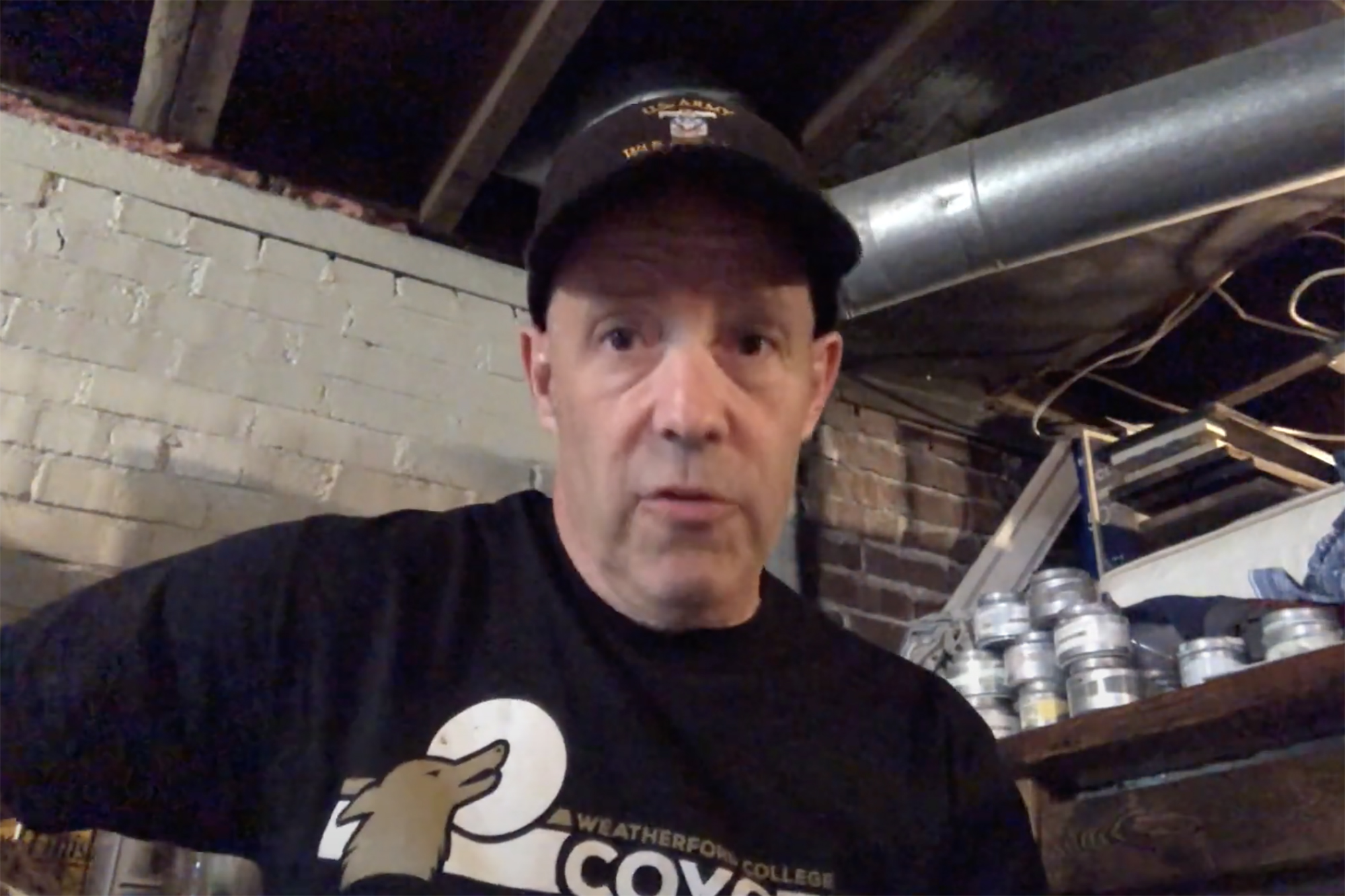 No one is immune to cancel culture, not even Christian colleges and universities. A tenured professor of philosophy at Taylor University, a conservative Christian liberal-arts school in Indiana, has been fired for refusing to take down a music video he posted to YouTube.

The video shows Jim Spiegel in his basement performing “Little Hitler,” a song he wrote about human depravity. The refrain goes:

There’s a little Hitler inside of me,

There’s a brutal killer inside everyone,

The hatred grows inside us naturally.

Anyone with a scintilla of charity and intelligence can tell that this is no celebration of the Nazi madman — but an admittedly cheesy way to communicate an essentially Christian idea: that all human begins have a propensity to sin; that evil lurks in all our hearts.

The termination has shocked the Taylor community. Spiegel has won multiple awards for teaching excellence and scholarship and led Taylor’s Ethics Bowl team to national victories. He has been an indispensable fixture of the university’s intellectual life.

On Aug. 19, two days after Spiegel posted the video, provost Michael Hammond emailed to insist he remove it, according to Spiegel.

Spiegel refused, and the two met the following morning along with Tom Jones, the dean of Spiegel’s school. Hammond explained that he had received a complaint about the video, and Spiegel justified his non-compliance.

The song is consistent with the university’s values; it had been well-received when he performed it during a 2010 chapel service attended by 1,200 students. Spiegel, who specializes in ethics, reasoned that because the video doesn’t violate university policy and is not harmful, the university was violating his freedom of expression.

Taylor’s faculty handbook states that when faculty “speak or write as citizens, they should be free from institutional censorship or discipline.” Thus, Spiegel argued, his yielding to Hammond’s demand would be an immoral act that risked inviting further restrictions of faculty speech.

Hammond and Jones dismissed his argument, claiming he hadn’t contextualized the video to avoid misinterpretation. They reiterated their demand. That night Spiegel informed them by email he wouldn’t be removing the video.

On Monday, Aug. 24, Spiegel again met with Hammond and Jones and other senior administrators. “At this meeting, Hammond read out loud my termination letter, authored and signed by Hammond,” Spiegel told me. One administrator informed Spiegel that his pay would be stopped after that week’s paycheck and that the school was canceling his health insurance.

Hammond accused him of “insubordination” and claimed that his “lack of regard for how [his] words are perceived and may affect others … demonstrate [his] lack of interest in participation in the spiritual community of Taylor University.”

The termination letter also asserts that “a formal harassment complaint” had been filed against Spiegel by another faculty member — the incident being the video upload. The university hasn’t informed Spiegel of his accuser’s identity, contrary to all norms of due process.

Hammond’s justification for firing Spiegel is specious and post hoc. Plus, under the school’s “Life Together Covenant,” the faculty member who took issue with the video was obliged to pursue reconciliation privately before filing a formal complaint. Hammond thus participated in and sanctioned the violation of his university’s code of conduct.

This isn’t the first time Spiegel has butted heads with the administration. In 2019, former president Lowell Haines attempted to revoke his tenure to punish him for campaigning against the university’s effort to install a Starbucks.

In 2018, Spiegel and two other professors launched a pseudonymous newsletter opposed to Marxist ideas they believed were being introduced by certain administrators and faculty under the guise of racial justice. Spiegel’s supporters believe that his firing is delayed retaliation for these two incidents.

Whatever the administration’s motivations, there is no excuse for firing a man without cause and stripping his family of health insurance during a pandemic — on the utterly ludicrous charge of having written a song warning of the evil within.

This criminal-justice ‘reform’ would be disaster for policing

Market volatility expected to continue in the week ahead with Presidential...