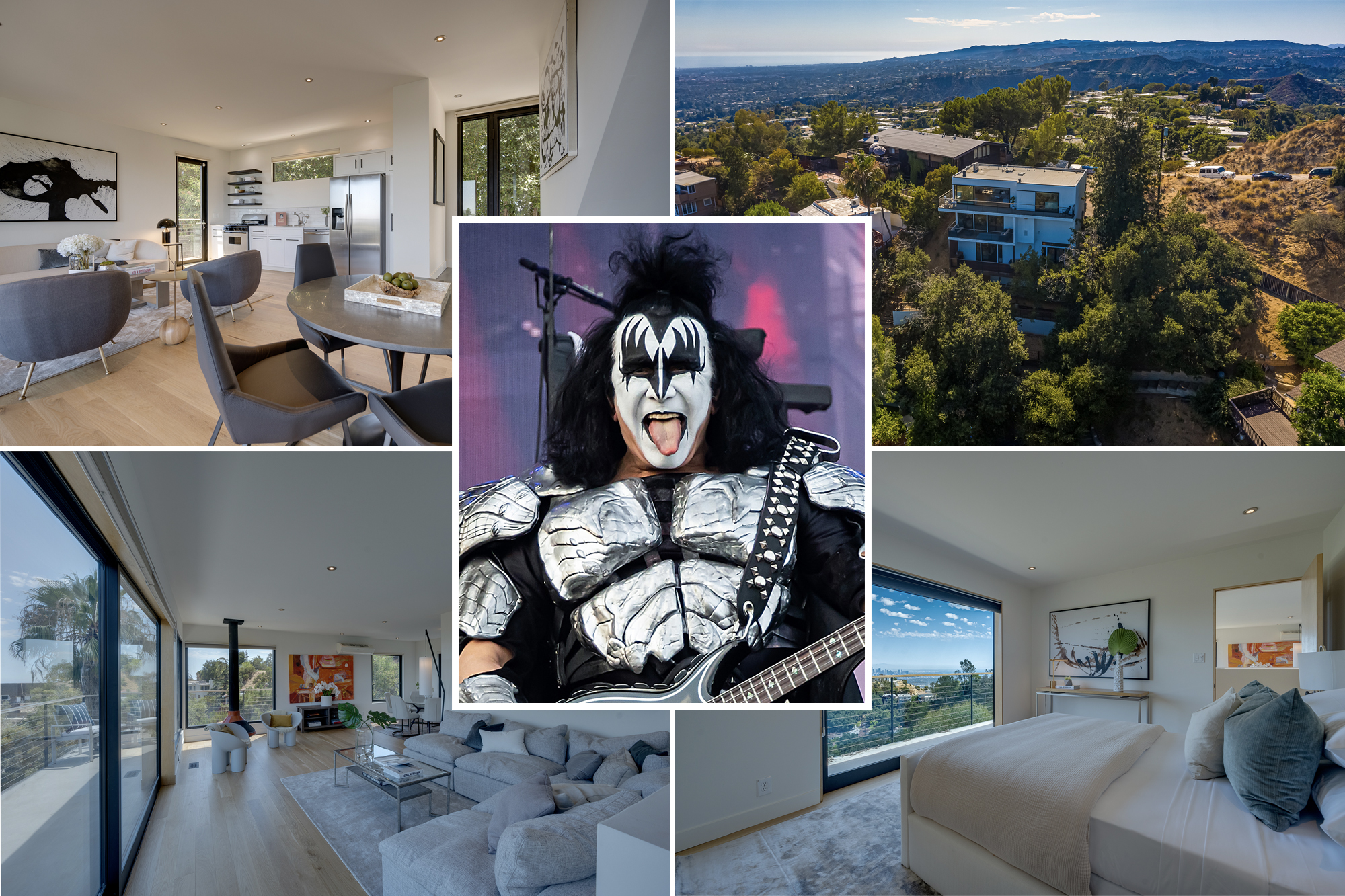 Kiss co-founder and bass player Gene Simmons wants to part ways with his four-bedroom Los Angeles home — and has listed the Laurel Canyon spread for $2.2 million, according to the listing brokerage.

Located at 2103 Ridgemont Drive, the split-level home, built in 1968, most notably looks out on 360-degree views of the city. The sights include the downtown skyline, Griffith Observatory, the Hollywood sign and the Pacific Ocean. Floor-to-ceiling glass windows bring these vistas inside, too.

The three-level spread also fits two living spaces and two bathrooms across 2,345 square feet. The bathrooms and two kitchens have been updated, with touches including Carrara marble. As for the windowed kitchens, which open to living areas, they have updated stainless-steel appliances.

Listing images additionally show decks on all three levels of the house, as well as nice-sized bedrooms — one of which features a built-in reading nook.

The Israeli-born Simmons and his wife, Canadian actress and 1982 Playboy Playmate of the Year Shannon Tweed, still own a mansion in Beverly Hills.

Lisa Young and Kennon Earl, of Compass, have this listing.