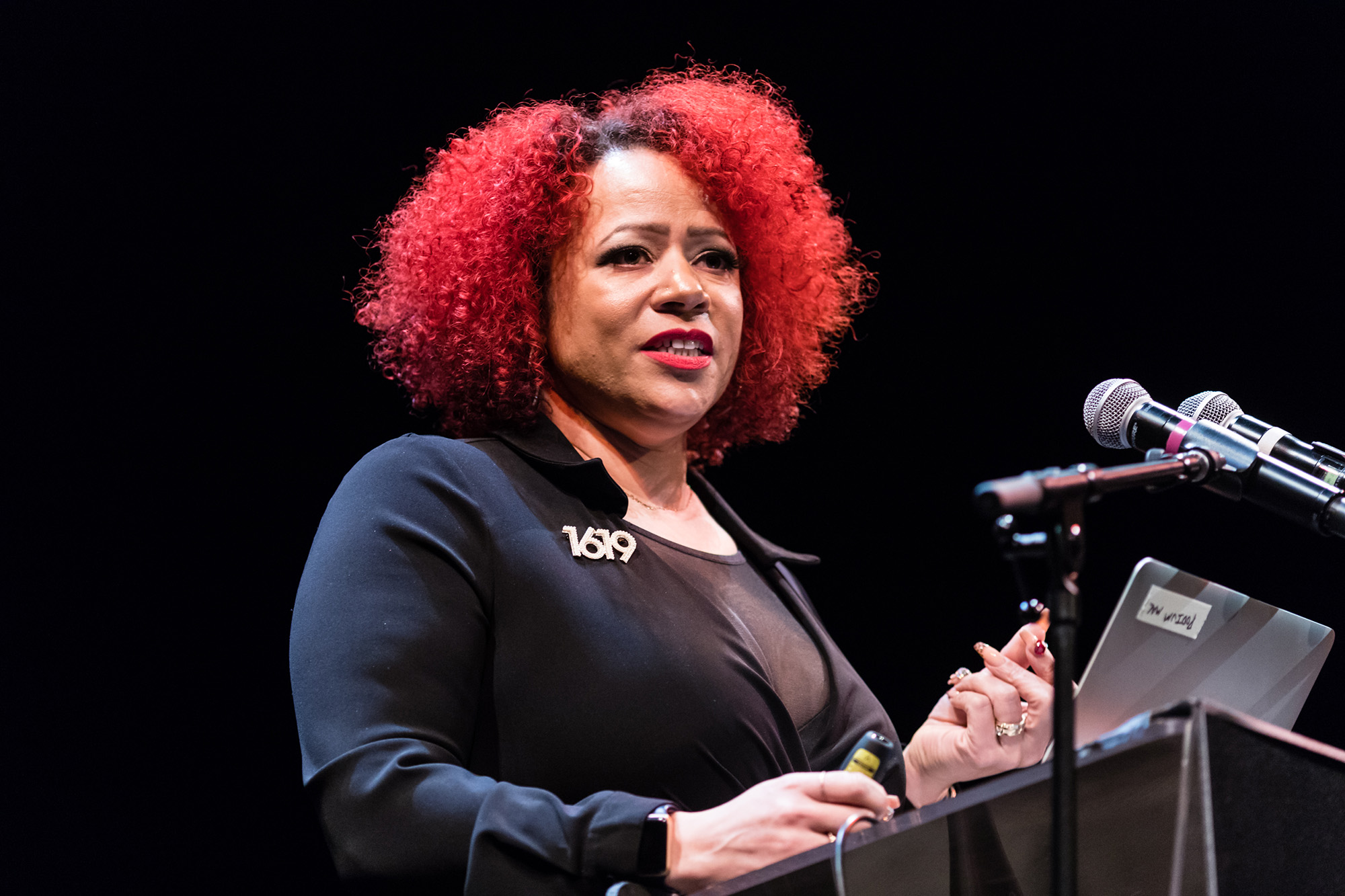 The Issue: Nikole Hannah-Jones’ argument against parents deciding what children are taught in schools.

How hypocritical of New York Times reporter Nicole Hannah-Jones to tell parents they should have no say in what children are taught in schools, while she attempts to revamp curricula to suit her personal agenda (“Parents’ Voices Matter,” Editorial, Dec. 28).

History, as recorded by genuine experts and historians, is nonfiction and cannot be erased or changed to placate a certain sector of society.

Hannah-Jones is nothing more than a self-appointed expert, a fraud, who does more harm than good in her attempts to sell society on critical race theory.

Fortunately, and to her great dismay, there has been and will continue to be a growing opposition to her delusional, reverse-racist doctrine.

Contrary to what Hannah-Jones would have you believe, no one is born evil or racist by default, regardless of their color or ethnicity.

Americans are indeed “waking up” just in time to prevent America from being ruined by people like her.

When some of the inaccurate, not to say inane, ideas coming from “progressives” are used to indoctrinate the children in our public schools, we have a real problem.

The pandemic has given us a window into what is actually being taught in these schools.

The Post’s editorial indicates that parents are “free to reject” them. But how effective can they be when the unions appear to have a total monopoly in the public schools?

The mission of teachers is to provide students with the basic tools to become literate candidates for adult life in a democracy. Such nefarious ideas as those contained in critical race theory and the 1619 Project certainly do not do that.

The fact that Hannah-Jones has taken the position that parents should have no say in the education of their children is despicable.

What Jones refuses to acknowledge is that parents know the difference between education and indoctrination. CRT is nothing more than a racist doctrine, designed to divide our society into hostile racial groups.

Math, reading and science are part of their child’s education, and parents want their children to become proficient in those areas, but for race hustlers like Jones, that doesn’t fit the hateful, racist narrative they promote that will destroy the social fabric of our society.

It’s not shocking that Hannah-Jones doesn’t think that parents should have any input into how their children are educated.

She is merely espousing the basic tenet of the left — that the common man is ignorant and needs to be led by self-styled elites, such as Hannah-Jones.

Hannah-Jones and her ilk have always pushed the collective over the individual and the family, so her comments should not surprise anybody.

Hannah-Jones wouldn’t recognize a truth if it slapped her in the face.

Her claim that only educators should decide curriculum is farcical.

How would she feel if conservatives predominated school boards and decided curriculum? Then she’d be agitating for liberal parents to storm the school boards.

And her claim that only white parents are upset and protesting is a flat-out lie. How many videos exist with parents of all colors complaining? Scores.

Talk about cherry-picking your facts. Why does anyone give this lying con-artist a platform?

The unmitigated gall of this so-called leftist woke know-it-all. How dare you tell parents what their children should be taught in school.

Note to Hannah Jones: Just because someone is an educator doesn’t mean they have a right to teach your CRT blather.

Virginians fought back, and so will all concerned parents throughout this nation. You keep your own hateful rhetoric and let parents decide what curriculum they want for their own children.

School closures during COVID have been made with politics in mind, not science

How to Have the Wedding You Want for Less

Washington Herald - January 19, 2022
Employees are publicly posting their workplace grievances on threads like Reddit's "Anti-work" — and they aren't holding back. Read More

‘Anti-work’ threads on Reddit are fueling the Great Resignation