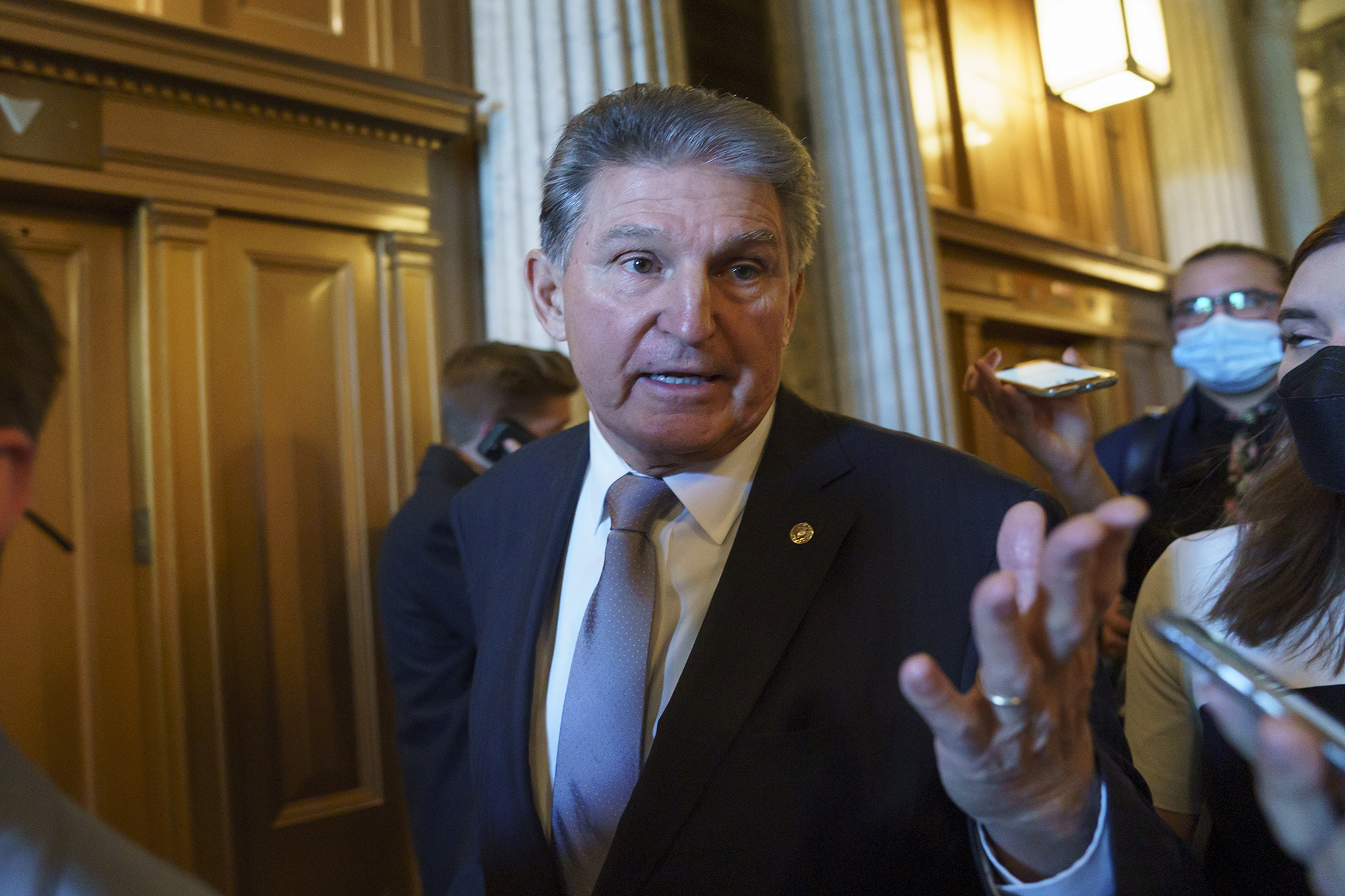 Congratulations on helping to get the infrastructure bill passed with a mix of Republicans and Democrats, the kind of bipartisan deal that everyone says they want but rarely happens.

Now we implore you: Stop the $4 trillion boondoggle that’s coming next.

The infrastructure bill isn’t perfect. Like everything out of Washington, there’s way too much opportunity for waste. But at least it has the chance to provide some economic stimulus and give the nation’s roads, rails and bridges much-needed repairs.

Not so the Build Back Better bill, which builds nothing but the federal debt and the size of the government. As you have rightly pointed out, it is fiscally irresponsible, will drag down the economy and only fuel more inflation. It’s also dishonest — pretending it costs only $1.8 trillion (or “zero,” according to President Biden’s persistent lie) when its 10-year cost will be double that amount.

The deficit is already $3 trillion this year, second only to what it was in 1945 when we were coming out of World War II!

Rep. Alexandria Ocasio-Cortez (D-Bronx, Queens) voted against the infrastructure bill, showing once again that she’ll sink anything that makes people’s lives better if it doesn’t force more reliance on government. No to Amazon building a new headquarters in New York City, or improvements to subways and buses. Yes to payments that encourage people not to work.

The motives of her and Bernie Sanders are clear: Massively expand the welfare state, hide the true cost, and hope that more people getting “free” money means more votes for Democrats. Except voters already see that money isn’t free, as they end up paying more for groceries, gas and taxes.

Did they learn nothing from the Virginia election? We’re not trying to save the Democrats in the midterms, but long-term damage to the economy isn’t worth watching the Democrats commit electoral suicide.

President Biden doesn’t have a mandate. He has a tied Senate and a bare minimum majority in the House. He’s acting like Americans want this, but you, Sen. Manchin, know that’s not true. All it takes is one vote — yours — to restore a little common sense. We’re counting on you.

Is anyone buying this ridiculous Kamala and Pete show?

It’s reckless for the left to selectively cry racism

There’s no safety in returning to COVID-19 lockdowns

Can You Refinance a Home Equity Loan?

Journalist and Afghan translator finally reunite on US soil

Washington Herald - December 3, 2021
Leon Black, who is defending against a defamation lawsuit brought by a woman who accused him of sexual assault, has served subpoenas demanding all...

IRS could collect taxes from pot firms if they used big...