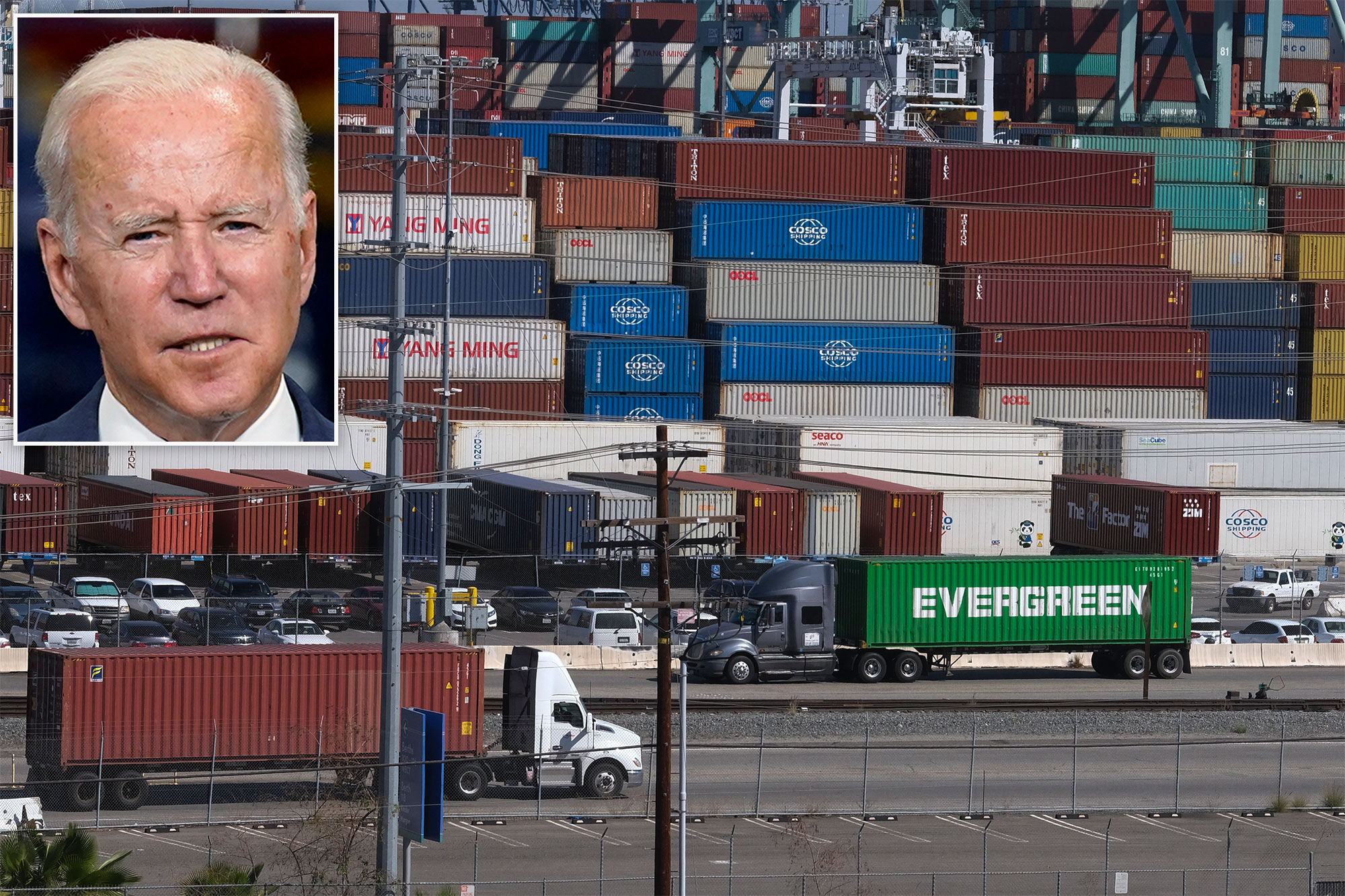 Worried about the shortages of goods due to the supply chain crisis? You’re right to be. But instead of fixing the problem, President Joe Biden and his team are blaming you for it — and telling Americans to just suck it up. It’s outrageous. And short-sighted.

The images of hundreds of cargo ships waiting to be unloaded isn’t one of those economic issues ordinary people have a hard time understanding. The inability of the transportation system to handle the flow of goods shipped from manufacturers is threatening to not only make it harder to get ordinary items consumers count on but also to short-circuit the annual end-of-year shopping season.

The shortages are feeding worries around kitchen tables across the country. But according to the Biden administration and its apologists, the real villains aren’t the people who are supposed to ensure things like this don’t happen in the world’s richest and freest nation; it’s your fault for wanting to give gifts or buy new things.

The crisis isn’t just threatening a new kind of “War on Christmas” (and Hanukkah) that would put a damper on holiday spirits. The shortages are also driving up prices of essential goods, like used cars and food staples — vital issues for poor families. Plus, retail businesses and other industries — and the people that derive their livings from them — depend on the boost in consumer spending from gift giving. So supply shortages could send an already shaky economy, struggling to recover from the pandemic, into a new downturn.

This is the sort of problem we expect leaders to treat with seriousness and urgency that show they’re trying to solve it. But when asked about it last month, White House Press Secretary Jen Psaki mocked consumers, calling the crisis “the tragedy of the treadmill delayed.” Transportation Secretary Pete Buttigieg simply shrugged his shoulders and said the problem will continue well into 2022.

Biden himself is complacent, saying just this past weekend that voters aren’t smart enough to understand it.

Meanwhile, rather than sounding the alarms about Team Biden failures to head off a looming economic nightmare (and doom Democrats in 2022), the liberal media is joining in the drive to convince us that the fault lies with the American consumer.

What’s our problem? We’re spoiled and materialistic — because we expect stores to have things we want. The solution? Americans must downsize and buy less.

Such condescension and blame-shifting echo Jimmy Carter’s infamous “malaise” speech, holding Americans responsible for the problems he couldn’t cope with as president. But recent opinion pieces along these lines in outlets like The New York Times, The Washington Post, The Atlantic, Time magazine and Business Insider go further.

They argue not only that the supply chain broke because Americans want too much, but that the desire for goods is itself wrong. Articles claiming we buy “too much junk” have proliferated this fall as a way to direct the narrative away from the administration’s incompetence.

They also reflect a growing contempt for the consumer economy — a contempt that feeds off the near-religious belief that capitalism is destroying the planet and is part of the over-the-top hysteria about global warming.

Maybe the holidays are overly commercialized, and many of us buy things we don’t need. But this is more than a call for prudence. It’s a desire to blame the victims of an ailing system for their natural desire for goods and to keep our economy humming.

It’s an ideology that believes we deserve to suffer because of our supposed excesses. Leftists have already articulated a Green New Deal vision of a world in which air travel and meat consumption must be sacrificed to “save the planet.” Now we’re being asked to give up holiday gift-giving so as to be punished for thinking America is a prosperous country where children can receive new toys rather than patched hand-me-downs.

Demanding that we cease traditional holiday buying is to excuse and embrace shortages that primarily hurt the lower, middle and working classes. Instead of attacking Americans for wanting a functioning economy, it’s time for the chattering classes to stop advocating an end to consumerism and to tell Biden to do his job.

Jonathan S. Tobin is editor in chief of JNS.org.

Weak Joe Biden no match for Vladimir Putin and other foes: Goodwin

Laughs have run out for these vile Cuomo bros: Devine

What Is Shop Pay and How to Use It

Are You Afraid of Success?

Washington Herald - December 8, 2021
US Rep. Zoe Lofgren — a Democrat who’s one of the most vocal opponents of antitrust bills now winding their way through Congress that...

Better.com CEO fires 900 employees on Zoom call, accuses them of...