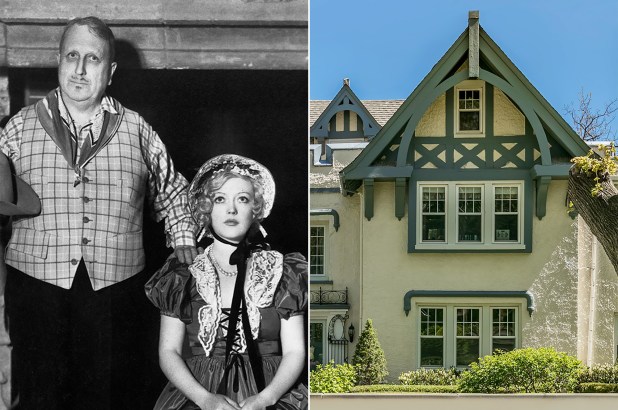 A stunning Long Island mansion once owned by William Randolph Hearst has hit the market for around $2 million.

The publishing magnate is believed to have purchased the estate — built in 1917 and located at 7 Upper Drive in affluent North Shore village of Huntington Bay, for his mistress, Ziegfeld showgirl Marion Davies. They met following her 1915 performance of “Stop! Look! Listen!”

The couple also spent time at Hearst Castle in California. But Davies reportedly lived in the the Huntington Bay home — which resembles a chateau due to its Tudor revival style — for three decades between 1918 and 1951, says listing broker Sabrina Teplin, of Douglas Elliman.

According to a 1996 Newsday article, notable neighbors over the years include: Fanny Brice and her husband, gambler Nicky Arnstein; silent movie-era sister stars Dorothy and Lillian Gish; Albert Einstein; and Henry Fonda.

I miss lockdown because my neighborhood is crowded again

NYC apartment with shower in kitchen rents for $1,650 a month

WarnerMedia puts ‘for sale’ sign on CNN Center in Atlanta

NYC house selling for $828K has the scariest listing photos ever

How to Optimize Chase Freedom, Discover in Q3 2020

Distant star vanishes without a trace — and panicked scientists don’t...

I miss lockdown because my neighborhood is crowded again